When profits are at stake, arguments for research, safety, and restraint often take a back seat. The boom in natural gas drilling in Pennsylvania, Ohio, and West Virginia has exploded over the last five years, raising concerns about contaminated water, damage resulting from unrestrained construction, and natural gas explosions or leaks.

Concerned about drilling near your property? Get you water tested before you are asked to prove what was in your water. Learn more by watching our video on oil & gas drilling damages.

A gas drilling injury can range from obvious physical injuries such as broken bones or burns to less obvious harmful chemical exposure injuries. Damaged or improperly drilled wells can lead to groundwater contamination and cause property values to plummit. GPW has experience with many types of personal injury and toxic tort lawsuits. If you are concerned about your injuries or illnesses resulting from natural gas drilling, you can consult with one of our personal injury attorneys. There is no cost or fee associated with speaking with one of our lawyers.

Oil and gas drilling in Pennsylvania is nothing new. One of the first oil wells in the world was drilled in Titusville, Pennsylvania in 1859 by Edwin Drake. Drake’s pioneering drilling method was widely copied, and in that regard, the Titusville oil well is viewed as the start of the modern petroleum industry[2].

Pennsylvania is no longer the leading oil producer that it was in the late 1800s. However, rising natural gas prices and advances in drilling technology have attracted interest in PA’s natural gas reserves.

These natural gas reserves are in a rock formation known as Marcellus Shale. It underlies two-thirds of Pennsylvania, along with portions of New York and West Virginia. Trillions of tons of cubic feet of natural gas are believed to be held 5,000 to 8,000 feet underground[3]. A 2002 estimate put the reserves at around 1.9 trillion cubic feet, however, a few years later in 2008, a geoscience professor with the State University of New York at Fredonia estimated the reserves were closer to 500 trillion cubic feet[4].

Getting the Gas: Clearcutting, drilling, hydrofracking

Before drilling for a natural gas well can begin, a space must be cleared to allow the large machinery and trucks that carry the drilling equipment to the site. For the deeper wells, up to four acres may be required as a “drill pad[3].” In addition to clearing areas for the drill pad itself, roads for trucks and equipment to travel and pipelines to transport the gas must be constructed to support the drill pad.

When the depth of the vertical drilling for a well reaches the Marcellus shale—3,000 to 8,000 feet underground—crews begin drilling horizontally through the shale. This allows the well bore a greater potential of intersecting the naturally occuring vertical fractures or joints in the shale.

To further increase the productivity of a well, hydraulic fracturing is used to increase the number of vertical fractures in the shale. Water or gel under great pressure causes additional fractures to open up. Solid materials known as proppant—usually sand, ceramic, or other particulates—are carried into these new fractures by the water or gel and left there as it recedes. These solid granules hold the new fractures open to allow natural gas to flow out.

The Pennsylvania DEP notes: “Marcellus Shale natural gas well construction involves extensive earth disturbance including roads, drilling pads, and pipelines that can speed erosion.” This construction is taking place over roads and bridges often not designed for such heavy construction traffic. Drilling a single well may require over 1,000 truck loads[5].

Huge trucks are regularly carrying in large amounts of water. Used to cool the drill bit as the well is created, huge amounts of water are also used along with a cocktail of various checmials in the hydrofracking process.

Up to 3 million gallons of water may be used in a single hydrofracking stimulation[6]. The water injected into the well does not remain there, but returns to the surface where it must be collected and disposed of properly.

Water injected into the well during hydrofracking collects a variety of potentially harmful materials from deep inside the earth. From a New York Times article, “Regulation Lax as Gas Wells’ Tainted Water Hits Rivers”:

With hydrofracking, a well can produce over a million gallons of wastewater that is often laced with highly corrosive salts, carcinogens like benzene and radioactive elements like radium, all of which can occur naturally thousands of feet underground. Other carcinogenic materials can be added to the wastewater by the chemicals used in hydrofracking itself.

While the existence of the toxic wastes has been reported, thousands of internal documents obtained by The New York Times from the Environmental Proection Agency show that the dangers ot the environment and health are greater than previously understood[7].

The chemicals added to water used for hydrofracking often increase viscosity: giving the water a gel consistency to better carry proppant (sand or other particals that hold the fractures created open). Companies want to keep their “recipes” for fracking fluid secret, and regularly refuse to reveal, even to regulators, what chemicals they’ve used.

A nurse in Colorado was sickened as a result of treating a gas-field worker soaked in an unknown chemical. While she was in intensive care in liver, heart, and lung failure, the driling company still refused to disclose to her doctors the names of the chemicals to which she was exposed[8].

If you have been injured by harmful chemical exposures, contaminated water, burns, or other natural gas drilling accidents, you may be entitled to compensation. Discussing your case with one of our attorneys is free, with no obligation. Contact us today. 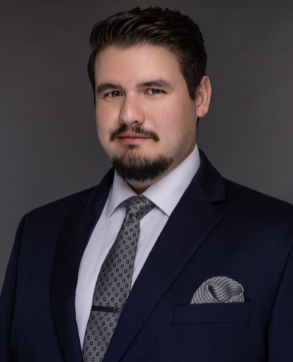